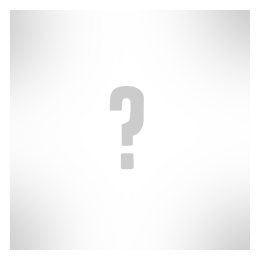 Pierre took to his Instagram Stories in January 2019 to share his excitement over the songs him and Chuck got so far. According to Pierre: “There’s like 4, 5 songs that I think might be the best we’ve ever written. The new record is going to be phenomenal!”

The very first sneak peek of one of the songs written for the new SP album was a video published on Travis Clark’s Instagram Stories.

In October 2019, Simple Plan and State Champs released a collaborative song – Where I Belong. As of right now, it is still unknown whether it will be featured on Simple Plan’s new album.

In February 2018, in an interview for The 13th Floor, Pierre mentioned that the band would like to continue in a pop-punk direction with their next album.

In this spirit, Jeff also revealed in an interview for EatThisMusic.com that Simple Plan know which way they would like to take their new album and hinted that it should be a modernized version of their debut album.

Simple Plan also seem to be willing to rely on their fans’ own suggestions as to which direction the band should take with the new album. In January 2019, Pierre asked his fans via Instagram Stories to let him know which style of songs they prefer the most from Simple Plan.

In an interview in May 2019, Pierre predicted that this would be their fans’ favorite SP record: “The songs are really good. Really really good. Very very exciting. […] But I would say the album is Simple Plan, pop-punk, it’s got some heavy songs, some pop songs, it’s got some dark songs, very emotional, very emotional. Our fans are gonna love it. I predict it’s gonna be a fan-favorite.”

After returning from tour, Pierre confirmed on his Instagram Story that the band plans on significantly shorten the process of making the album and release it in “record timing”. This was later also stated by Sebastien in October 2018, when he revealed in the Rockstar Dad podcast that Simple Plan are currently writing new songs and hopefully they might have some new music (perhaps a single) out early next year (2019) and the full album then whenever they have enough songs to actually put one together. During their performances at Walt Disney World in March 2019, Pierre confirmed to the fans there that the band plans on releasing this album by the end of 2019.

Regarding the recording process, Simple Plan confirmed in October 2018 that their bassist David Desrosiers will be involved in the recording of this album, despite his long absence on tour due to his mental health recovery.