When it comes to their tourbuses, especially in America, Simple Plan are not amongst the luckiest bands. You can pretty much bet that at every tour, there is bound to be some sort of bus trouble… and so it was the case this week when on their way from Oklahoma City to San Antonio, Simple Plan’s tourbus broke down again and had to be towed to a service center for repairs, leaving the band stranded in the early hours of Friday morning and 8 hours away from their next show in Texas.

Luckily, Simple Plan’s good friends in We The Kings offered to give them a ride on their bus and because of them all bands safely arrived to San Antonio to perform there last night. As Chuck said: ‘Show must go on!’.

During the whole past week, Simple Plan have been slowly making their way from the east coast to the west coast of the U.S. (where their tour finishes) – visiting states like Missouri, Ohio, Indiana, Illinois and Texas. As far as setlist goes, just like we noticed in our previous post, Chuck recently confirmed in an interview for setlist.fm, that the band has introduced a new concept of “wild cards” to their daily setlist. That means there while there is a stable list of songs that the band definitely plays every night, there’s 3 or 4 different slots within the setlist, where the songs are going to change. This way, fans who see the band for multiple dates on a tour, they always get to experience a different show each night.

Listen to Chuck talk about this new “wild cards” system and more in the setlist.fm interview below:

Now, let’s have a look at some of the shows from the past few days. We’ve updated the gallery and you can now check out some new pictures from the following shows:

And finally, the boys also keep taking quite a number of pictures on this tour while they’re not on stage so make sure to check out these photoshoots taken by Chady on this tour: 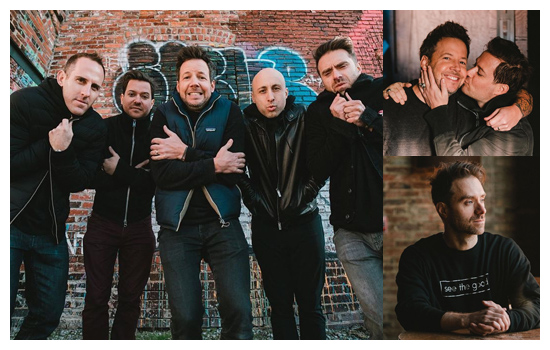