After a couple weeks away from the recording studio, during which the members of Simple Plan had the time to come back on stage to rock out at a number of festivals, attend a few charity events and also spend some time with their families, the boys finally got back together this week and all five of them returned to Los Angeles to continue recording their 6th studio album.

The band confirmed their return to the studio in a number of Instagram posts. In two of them, Jeff even discussed the current recording process, in which he also revealed that the band is currently working with producer/mixer Zakk Cervini. Zakk is known for recently having produced for a number of bands and artists including Waterparks, Good Charlotte, Blink 182, Simple Creatures, All Time Low, State Champs or 5 Seconds Of Summer. As of right now, it is unknown whether Zakk will be producing the entire new Simple Plan album or whether he will be involved only with certain songs.

Check out what Jeff said about Zakk and the last few days of recording album no. 6:

“Back in the studio working on new music. Yesterday, I found myself head banging, smiling, nerding on my guitar toys, digging for little hooks just like I did when I played guitar in my room as a teenager…The vibes are good, the music is amazing and the band is one again. I can’t stop listening back to the song we finished yesterday. This morning, I cranked it up while shaving: I was so absorbed that I cut myself (just a nick, don’t worry)…oddly enough, that’s a good thing!”
“We’re moving along quickly on those new songs. Even if yesterday, Pierre and I dug for hours to better a guitar part that actually didn’t need fixing. Sometimes the process is as important as the result even if it’s tedious. We circled back to the original (but effective) idea Pierre had for the song. After that, we zipped along. Zakk Cervini, with whom we’re working, coined a new expression. He says: « Jeff, put your Stank on this part »…I’m not sure if I like it but Zakk’s a nice guy so I’ll let him have it ;-)”
– Jeff Stinco –

Make sure to check out all the brand new pictures from the studio in our gallery: 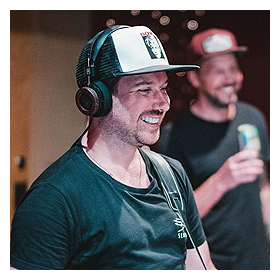 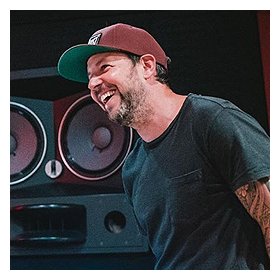