While here on SimplePlan.cz we took a little week of a break to recharge a little bit, Simple Plan have been busy touring the east coast of the United States and are already almost in the first third of their ‘Where I Belong’ tour with State Champs and We The Kings. So let’s have a look at what we missed, eh?

First, let’s have a look at the thing most of you are probably interested in the most: the setlist! Since the first show in Richmond (for which we revealed the setlist a week ago), there were some minor adjustments to the setlist in the past few days. It looks like the band has now omitted ‘Jet Lag’ and ‘Me Against The World’ while adding either ‘You Suck At Love’ or ‘Thank You’ to it instead. The good news is, the setlist still seems to be changing a little bit each night, so you might always have a bit of surprise whenever you get to see them live on this tour.

Here’s the setlist from this Tuesday, when the band played in Worcester, MA:

Over the course of the past week, the boys hit the following cities: Richmond, VA, Silver Springs, MD, Huntington, NY, Niagara Falls, NY, Sayreville, NY, Worcester, MA and Grand Rapids, MI. And while all these shows were definitely very memorable for all their attendees, some stood out more than others. For instance, on October 31st, on Halloween, Simple Plan performed in Huntington, NY and to make sure their fans didn’t miss out on Halloween too much, they decided to dress up as zombies. With make-up and everything.

And not only that, the guys also missed a funny zombie sketch that they later also accompanied by a blooper reel video, which you can now both check out here:

Another seriously unforgettable moment – especially for a certain couple – came just a few days ago in Worcester, MA, when another marriage proposal took place on stage during Simple Plan’s set. Check out the full sweet moment, captured on the video below:

The guys also already released a video recapping the first week of shows of the ‘Where I Belong’ tour, documenting the great times they’ve had on stage and behind the scenes with their fans and also with State Champs and We The Kings. Check out this video below:

A similar week one recap video was also released by the guys from State Champs and as expected, it also features a number of shots that include the members of Simple Plan. Have a look at it here:

WEEK ONE UPDATE
Wanted to keep everybody up to date on what’s happening on the Where I Belong tour, so here’s a video recap of the first few shows. If you haven’t picked up tickets yet, you may want to reconsider…we’re complete + utter idiots, but we know how to play our songs pic.twitter.com/qPwTkUgL05

And we’ve also finally put together all the photos from the first week of shows and you can now browse through the gallery to see what the ‘Where I Belong’ tour has been like and what we can expect from the upcoming weeks: 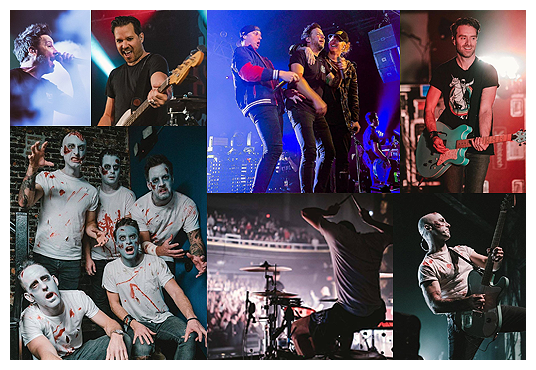