Yes, you’re reading right: in a highly surprising move, Simple Plan and State Champs announced they would be heading out on a co-headlining tour in the United States this coming fall. This news comes right after Simple Plan hit the studio to begin the recording process of their 6th album. As of right now it is unclear when exactly new Simple Plan album would be released, however given the announcement of the tour with State Champs, it’s safe to say that there is a high possibility that it will serve as a promo tour before the album’s out and the fans might just hear some new songs live on this tour!

Besides Simple Plan and State Champs, the fans attending this U.S. tour will be also able to catch Simple Plan’s old friends We The Kings as the support act on this tour. The tour will begin in October in Virginia and will take the three bands all over the U.S. to states like Maryland, New York, Massachusetts, Michigan, Tennessee, Ohio, Indiana, Missouri, Illinois, Texas, Arizona, Nevada and California throughout all of November.

We will be adding all the dates into our tour section soon, so keep your eyes open. 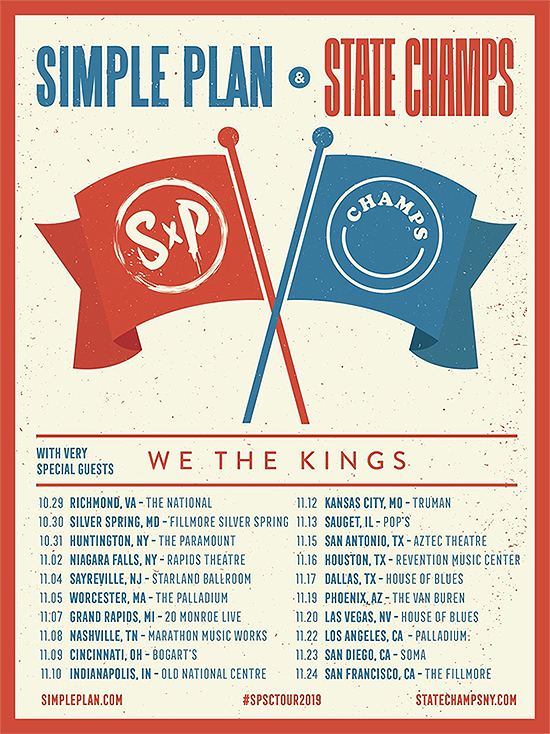